FINAL FANTASY VII REMAKE that the whole world was looking forward tohas been released with full.

I'm also playing at the same time as the release, the battle system of this work has changed greatly from the original, you can enjoy more stylish real-time action battle.

Now, it is this work that you can enjoy such a completely new battle system, "Battle Report" will help you understand the battle system.
This is a system that allows you to receive rewards by achieving all 20 battle reports, such as "attack ing with weak point attributes" and "bursting enemies".
By clearing here, you can understand the battle system of this work that seems a little complicated at first, but this time, i would like to explain how to increase the damage ratio during burst, which is also a strategy of capture of battle report 12 "analysis of burst phenomenon NO.3" which seems to be difficult to notice the achievement method in particular.

In addition, there is also an article that summarizes other combat tips and small stories, please see together if you like.

About the damage factor during staggered

When an enemy bursts, the damage done by any attack here will be increased.
The rate of increase can be confirmed by the notation of "staggered▶▶ × 〇% "displayed under the HP gauge of the enemy. 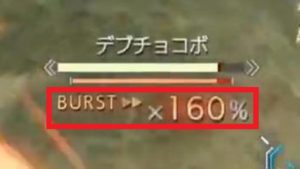 This value will first rise to 160% when the enemy staggered, allowing the player to do 1.6 times as much damageas usual for the staggering enemy.
However, this damage factor can be increased further from 160% by hitting a particular attack.
Battle Report 12 "Burst Phenomenon Analysis NO.3" is cleared by increasing the damage factor to 200° usingthis method.

An attack that can increase the damage factor

Tifa's unique abilities from the beginning, "Bang," "Explosion Fist," and "Palm Rush", have a damage factor-up effect during the burst, respectively, and you can increase the damage factor by hitting enemies in bursts.

If tifa hits the "swipe" that you shoot with the △button to the enemy in the burst, you can increase the damage factor by5%. 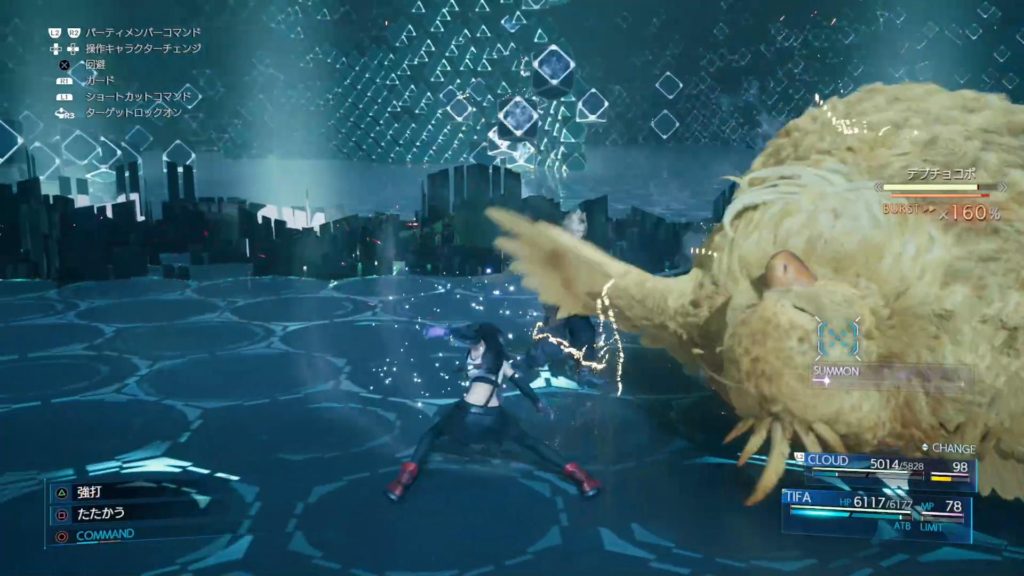 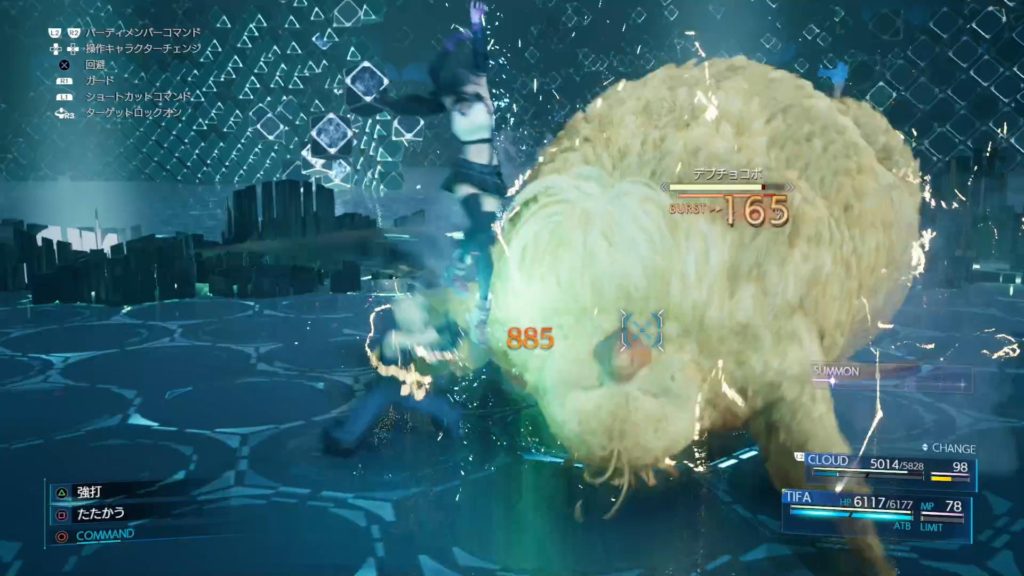 Once Tifa uses "Secret Release", hit the "Explosion Fist" released with the △button on the enemy in the burst, you can increase the damage factor by 25°. 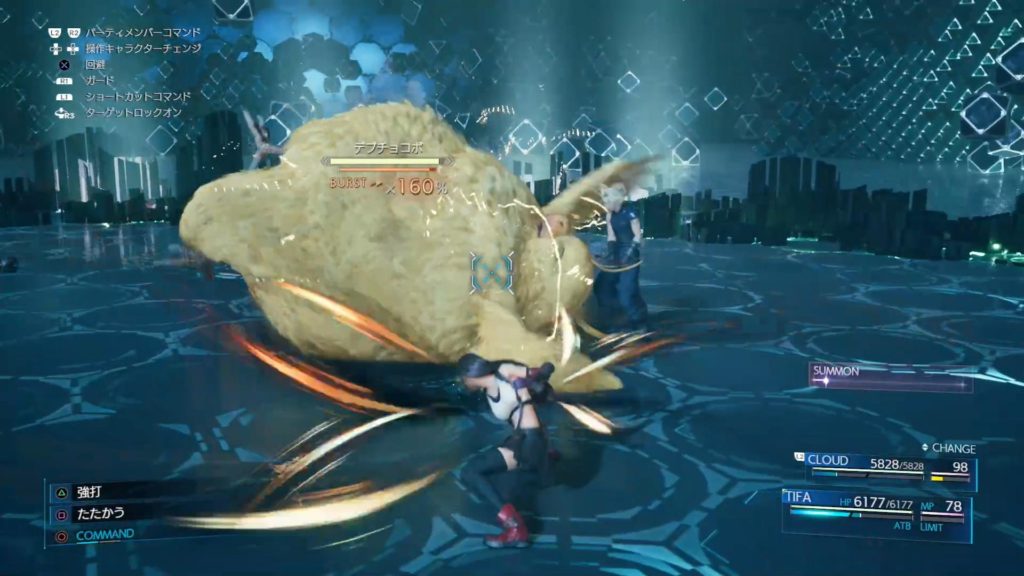 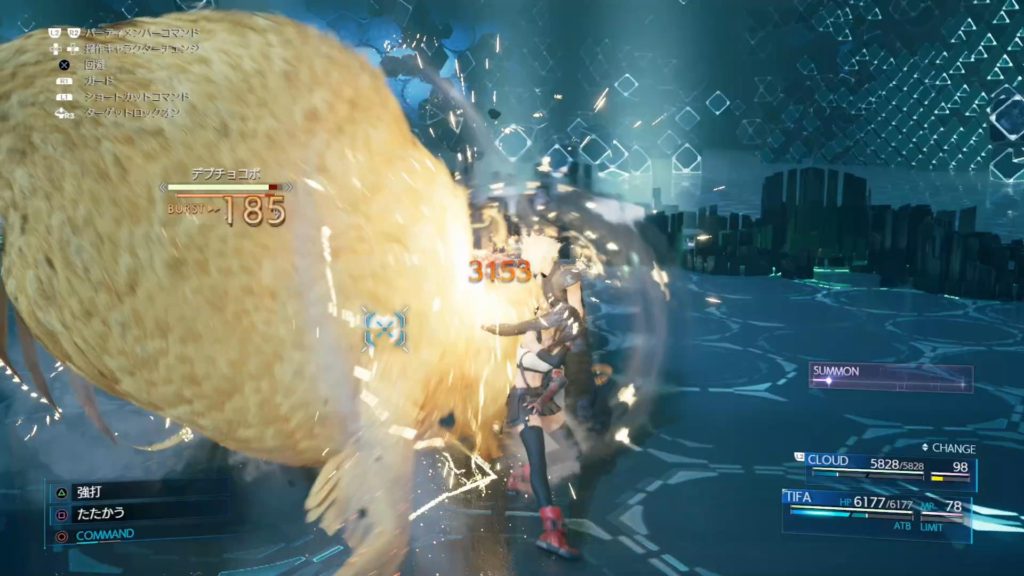 If Tifa uses "Secret Technique Release" twice and hits the enemy in bursting the "palm rush" released by the △button, the damage ratio can be increased by a total of 20 times in four consecutive attacks. 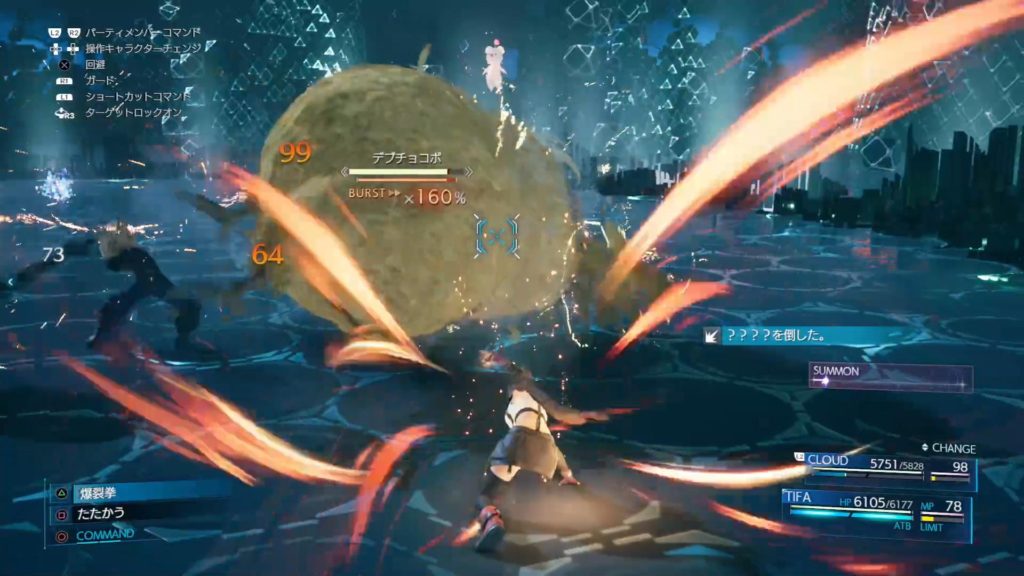 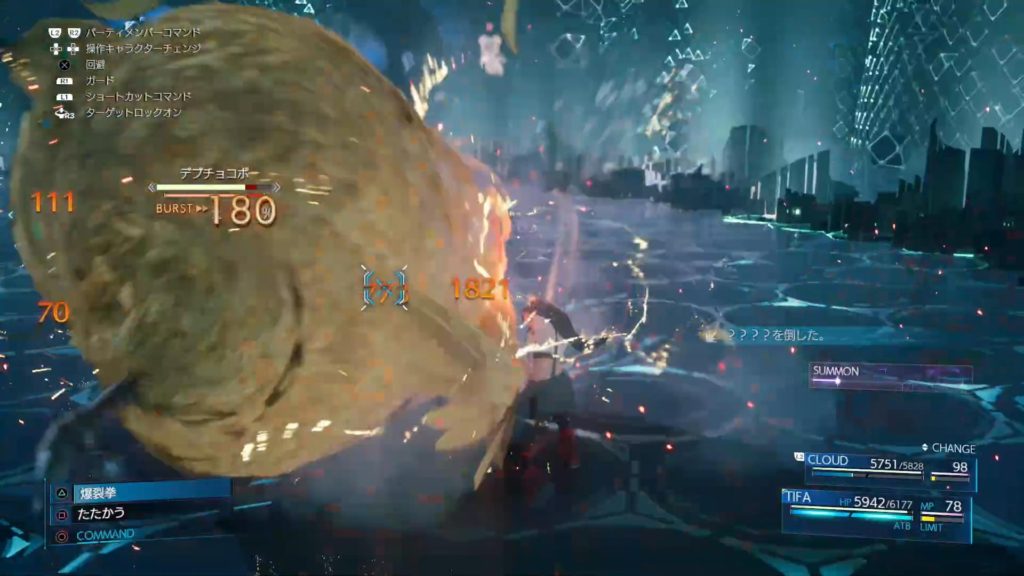 The weapon ability "Seiken butt" that Tifa can learn with the special weapon "GrandGrab" has the effect of increasing the damage factor by hitting the enemy in the burst.

Hit an enemy during a burst to increase the damage factor by 30%. 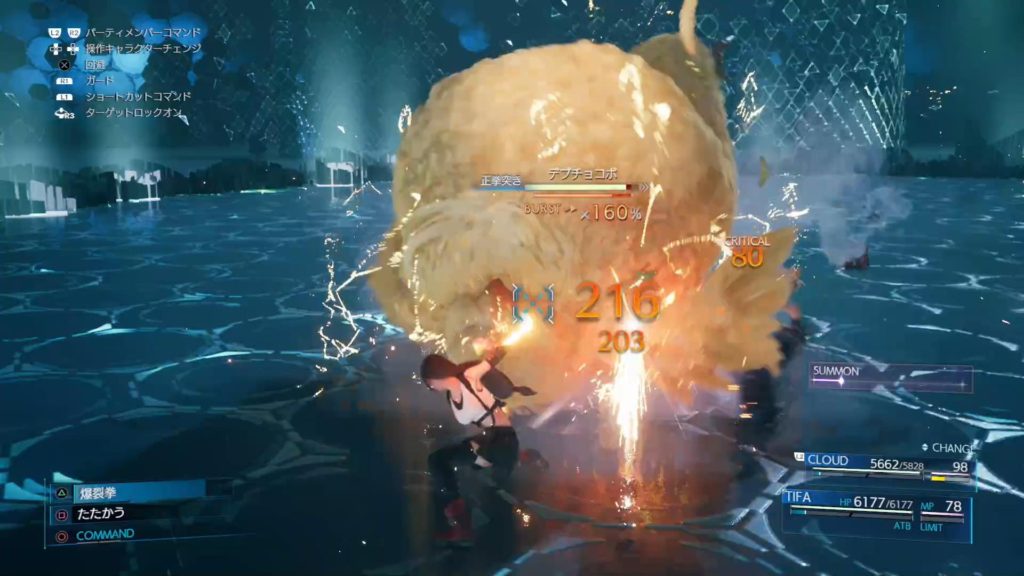 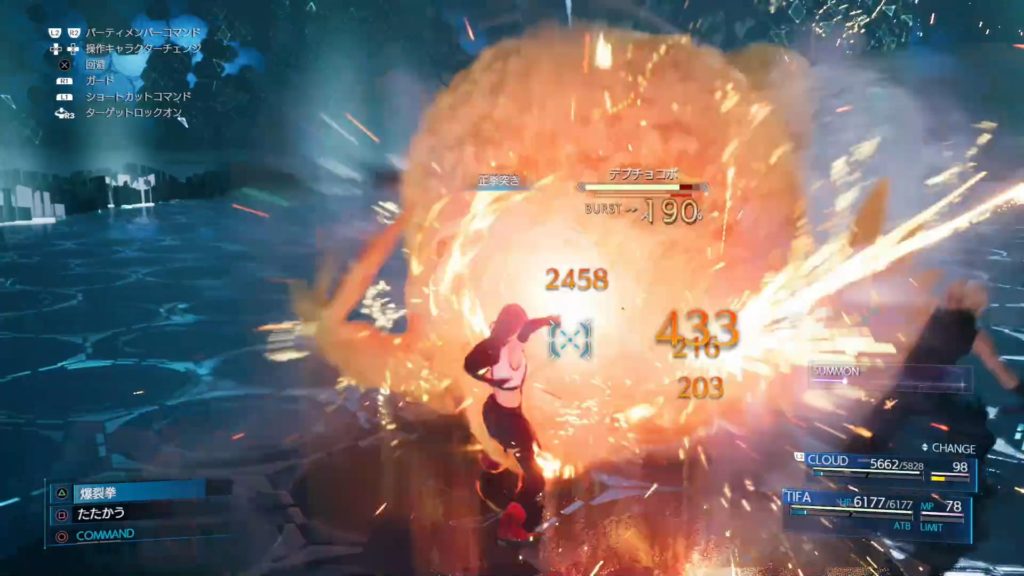 Tifa's special weapon, "Grand Grab," is available from the treasure chest at chapter 16 at the entrance floor of the Shinra Company Headquarters Building.

On the story, tifa is not at the party right now!Please feel free to say.
The Weapon Ability "Judgement Ray", which Alice can learn with its special weapon "Mithril Rod", also has the effect of increasing the damage factor by hitting enemies during bursts.

If you hit an enemy in a burst, you can increase the damage factor by 2% by 10 hits toincrease the total of 20%. 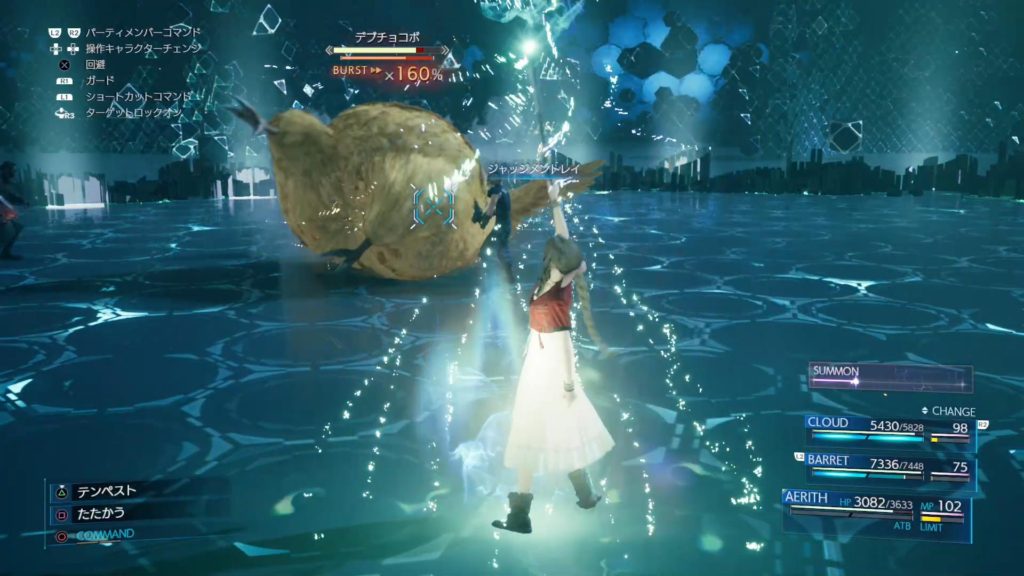 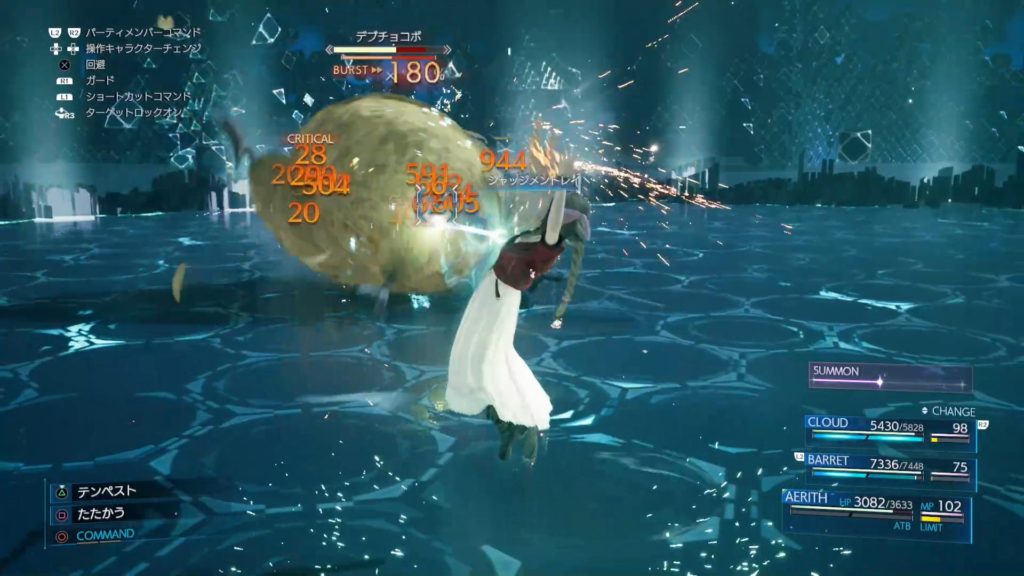 However, since the judgement ray is an ability that consumes two ATB gauges and has a 20% increase in damage factor, it is necessary to re-create the ATB gauge immediately after hitting the first shot in order to clear the damage ratio 200,000, which is the achievement condition of Battle Report 12 "Burst Phenomenon Analysis NO.3".
I want to achieve it without Tifa by all means!Such as a mock battle with the summoned beast Deb Chocobo, we recommend the challenge of the enemy that the burst state lasts for a long time.

In addition, The Mithril Rod, a dedicated weapon of Alice, can be obtained from the treasure chest in chapter 11 "Former Seventh Street Station WheelYard Second Parking Lot C Compartment".

To make good use of the damage factor increase during burst

I've explained how to increase the damage ratio during bursts, but how to make use of it efficiently, it is about the enemy that has become burst state,

Once you've acquired this, you'll be able to hit a burst enemy hard and defeat your hp's high enemies with ease.
As a battle method, let's go to Tifa's "secret art release" twice before the enemy bursts.
When an enemy bursts, change the operating character to tifa, and as long as the burst gauge continues, hit the unique abilities and finally hit someone's high-power edit. 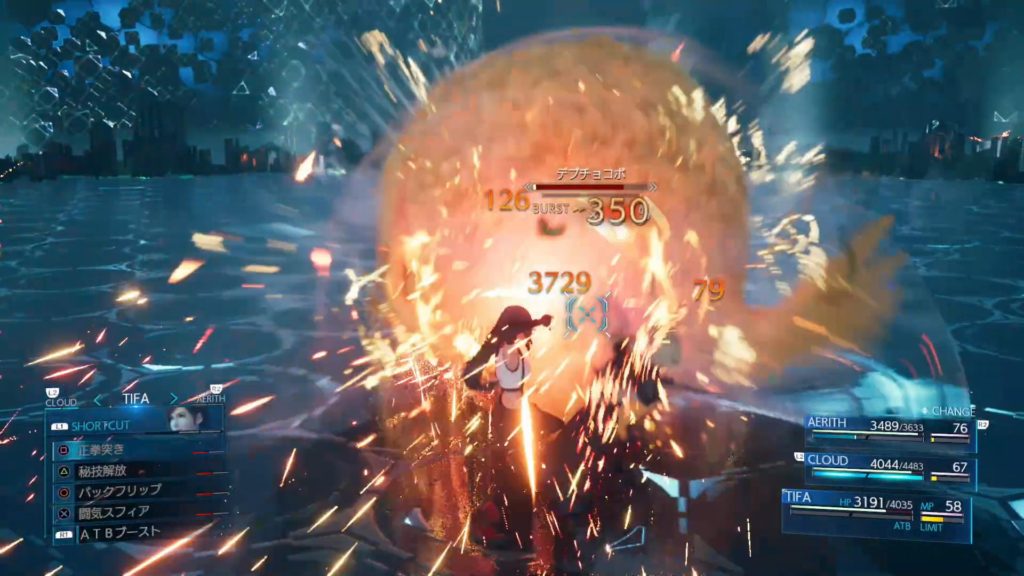 Depending on the collaboration, the damage will be 3.5 times more damage.

Also, the sight of Tifa doing a series of martial arts and inflicting high damage on the enemy is very pleasant to operate.
In the reference video, please see the intense combo of Tifa-chan who was able to cooperatewith the secret technique.

How did you like it?
If you know how to increase the damage ratio, battle report 12 "burst phenomenon analysis NO.3" can be easily achieved, but the damage ratio can be raised to 250, 300% rather than 200, so this enemy's HP can not be shaved by all meansI think that you can refer to it when.
For ff7 remake, please see if there is also an article that summarizes the elements after clearing